They arrived early on Day 1 of their bulletin board rotation, laden with bags of decorations, eyes and smiles full of anticipation and excitement. I handed them staplers and push pins, and stepped back to watch them work. 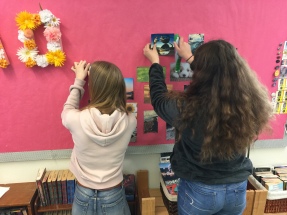 I had assigned this group to the largest bulletin board in the first round because I knew them well enough to expect them to produce a creative, thought-provoking display. I also hoped they would be an inspiration for the rest of the class. And they did not disappoint! They brought in beautiful pictures, inspirational quotes, 3-dimensional objects, bright flowers, and even two different strands of twinkly lights. They filled the enormous board with their creations, and then came back the following class day with more. They weren’t content to leave any large empty spaces. 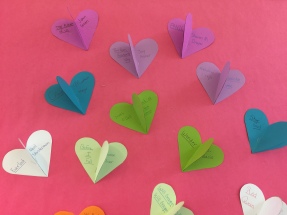 When the bell rang and their classmates started arriving, their hard work was rewarded with “oohs,” “ahhs,” “wows” and “OMG did you bring anything for OUR board?!” Groups who had been assigned to the smaller boards formed quick huddles and started strategizing how they would get their decorations up later in the week.  Yes, they were frustrated that they had forgotten, but they were also excited to show that they, too, could inspire their classmates with their own bulletin boards. And they did: 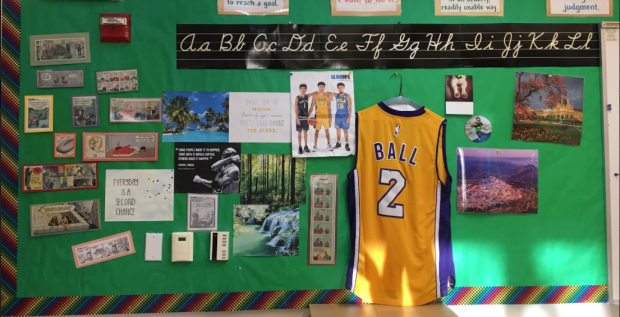 My students were clearly proud of their work and enjoyed seeing their classmates pore over the various images, quotes and objects they had contributed to our classroom. But I wanted more from this project. I wanted my students to better understand symbolism, to see how flowers or twinkly lights or a basketball jersey could represent bigger ideas, concepts that may be hard to explain but could be understood through symbolic objects. So after the boards had been up for a couple weeks, I had students take pictures of the items that were meaningful to them, and then write about the symbolic meanings of one of them.

Tune in next week for part 4 of this bulletin board experiment to see how the students responded…. 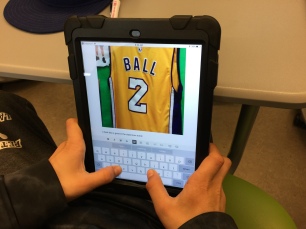