Our junior high semester ends with three days of finals: two classes per day, two hours for each class.  I could easily create a semester final exam that would take my students two hours to complete, but I’m not sure that would be the best use of our time (nor am I convinced that junior high students should be taking two-hour finals).  So each year I look for effective ways to fill that two-hour block of time, allowing students to demonstrate their knowledge in a variety of ways, providing time for breaks and collaboration.

This year’s two-hour block of time?  Best. Final. Ever.

When my students walked into the classroom, they found the desks arranged in groups of four, with a laptop on each desk.  They located their seats by checking a list of teams that I had projected onto the whiteboard. Once they were settled, I distributed a page of directions, and they were off and running.

The designated team leaders were given directions to create a new presentation in their Google Drive, and then share it with their teammates (via gmail) and with me.  Then each team worked together to create a presentation about themes in literature.  Using lines from a poem as a prompt, they identified one theme that was expressed in a novel and two movies we had studied.  They were directed to create slides to present the information, and to include a symbolic image on each slide.

A sign of success, right off the bat, was that all the groups got to work right away.  If they had questions, they asked each other.  Most had never used Google Presentations before, but they are familiar with PowerPoint,  so they could figure it out.  And while they were demonstrating their knowledge of theme, they were also learning how to create effective visual presentations: carefully choosing the words for each slide, finding compelling symbolic images, inserting and citing the images, and creating a unified appearance from one slide to the next.

They worked for a little over an hour, and then each group shared their presentation with the class.  Although many groups were working from the same lines of the poem, their interpretations of the themes varied, as did their examples from the literature and movies.  One student asked if she could play a song from her phone during their presentation.  I asked her why and she said the song expressed the same theme and would add “mood” to their project.  Beautiful.

Three days before winter break, junior high students actively engaged in academic work for over an hour, and then attentively watching their classmates’ presentations?

Bonus for me?  I could grade them as they presented and have my semester grades done before winter break starts.  Awesome.

It’s Day One of NaNoWriMo (National Novel Writing Month), and my 8th graders wrote for a full hour in class, tap-tap-tapping away on the first chapters of their novels.   They wrote in a Google Doc, which they shared with me, so when I should have been working on my own novel, I was taking peeks at theirs.  Wow!  Some great stuff.  Here are just a handful of opening lines that caught my attention:

My favorite sound in the world is the click of a camera shutter, not the crack of a gunshot.  (AG)

School sucks. Yet another black eye from yet another dumb brute who plays football. (NB)

We barely slid under the first gate before it was slammed shut.  (DH)

Look at those NaNos go! (And hooray for our principal, who worked on her novel with us today!)

My window overlooked New York City and I knew that somewhere past the newly constructed and the old historic buildings of New York were the graffitied and dangerous streets of the Bronx, leading to my favorite place in the world, Yankee Stadium.  (SL)

The beginning of the end for me was when I moved to San Francisco. (PB)

He expected it to be just like any other school year: normal stupid friends, normal jerk teacher, normal inedible food, normal everything. (BK)

“Is he dead?”
“Of course he’s dead! That’s usually what happens when someone gets shot!” (BL)

Charlie stood in the doorway, a ripped piece of paper clutched in his hand—his good hand. (EB)

I took a deep breath, inhale, exhale, and stepped back into the monotony of my life. (JG) 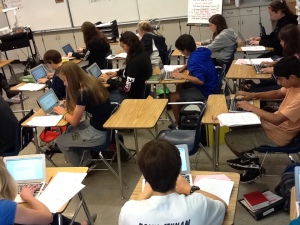 Not even a Halloween candy hangover got in the way of our writing today!

It was september 2, 2033, the fourth week of school, and already I was wishing it was summer. (DG)

Life is like Russian Roulette, a game, a risk you take. It is a choice that comes with a chance, and the thrill, the temptation, of death. (RP)

Terry stared down at his scar as the rain splashed against the glass of the taxi car window. (DW)

The woman clutched the man’s arm as the impact of the bombs shook the ground.  (HD)

The sounds of blaring horns and rhythmic footsteps came echoing up through the narrow streets of the commerce district. (HH)

Hi, I’m Desean Rodriguez and I am a ninja. Yeah, no big deal really.  (HK)

My sleep was plagued with nightmares, and I found little comfort in the darkness of my room. (JK)

I knew that at that very moment, I had been infected, I had been diseased, and I would never be the same again.   (EF)

He had eaten out again, and having left without paying, the police were after him. (HH)

My name is Aurora Swayley.  I am 17 years old.  There is nothing special about me.  That is until they entered my life.  (GW)

Rain rolls down the window in time with my tears. (DC)

Ben Jackson was on his way to his dream – his Nobel Prize. (CM)

The frosty November air bit at my cheeks and water drops from the trees splashed down on my already wet hair. (EM)

School had been out for just a half hour when I checked my Google Drive again — and there I could see students working on their novels from home.  Can’t wait to read more! 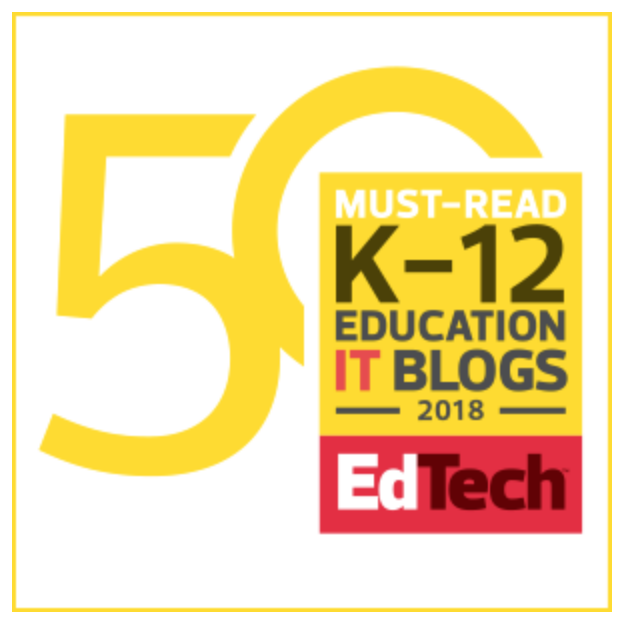